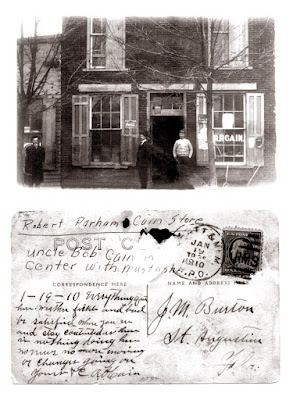 Believed to be one of the oldest stores in Madison, the building was built circa 1859 and owned by Mr. George Washington Martin.  Later,  Mr. Hardage operated a saloon in the building which was one of two in Madison at that time.

From MSHPS Nomination: 110 Main Street (1859) faces northwest. This two-story, painted brick commercial building is believed to be one of the oldest commercial structures in Madison Station. The front-gabled roof includes overhanging eaves with decorative brackets. The large upper story windows are six over six sash with true divided lights. The recessed front entrance has two large display windows and a sign band that runs the width of the entrance. 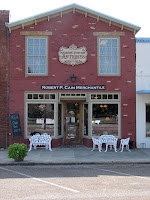 The building is said to have housed a local saloon at one point and later a grocery store. CONTRIBUTING

Other Links about this location:

Click Here for Next Location on tour: 303 Church Street