From at least 1910 to 1930, Mollie Whitworth Bradford lived here, beside her son Tom Logan Bradford at 306 Church Street.  Mollie was the wife of John Logan Bradford and daughter of Samuel and Ann B. Whitworth.

This house has been named the Bradford - Lowery Home in older publications, but the history has
not been researched lately.  Above is a photo from the Historical Society's files, and to the left is the house the way it appeared in December of 2001.

Until recently, this home was owned by William Dillard Turner III, and tax records show it was constructed in 1940. 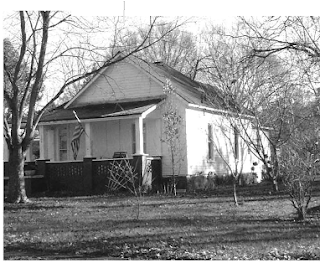