(Originally published on the blog of the current owners, Billie and Susan Goodson)

My previous post dealt with the topic of how we came about being the proud owners of Ms. Hessie's House, located at 313 Church Street in Madison, AL.  Some may be wondering who/why Ms. Hessie while others may be asking the question of where is Madison, AL.  I have to admit, when we lived in Huntsville in 1987/8, we never really even knew that the sleepy little berg of Madison lay only a little piece to the west of the apartment we lived in for the year.  I wish we had driven through Madison then, although we probably wouldn't have remembered much about it.  When we returned to Madison county in 2007, we were shocked at how expansive Madison City had become, especially considering we missed it entirely 20 years before!  Madison is a growing, vibrant community that we have really grown to love in the several months now that we have lived there.  You can learn more about Madison by visiting their city website here. 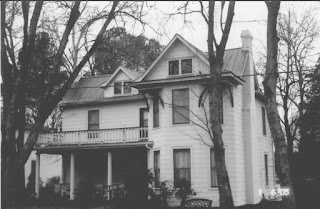 Being a huge fan of history, I embarked on learning who Ms. Hessie was to add to my knowledge of the home. To me, understanding the personal side of the history of the home just adds so much character to the features of the home.  That is what distinguishes in my mind between a house and home.  Knowing the previous generations that have called this house a home helps us preserve the unique legacy of this house as a home.

The house at 313 Church Street was originally constructed for Nancy Hesseltine (Hessie) Gillespie Farley in 1911.  Miss Hessie (as she would be known) was the daughter of Campbell Milton Gillespie and Narcissa Lorinda Clark.  She was born on July 22, 1866 in Maryville, Tennessee.  The family moved first to Morgan County, Alabama in 1870 then relocated to Madison, Alabama in 1879.  Miss Hessie would graduate from honors from the Huntsville Female Seminary on May 30 1888 and became a teacher.

Miss Hessie married Joseph Bruce Farley in 1892.  The couple had one daughter, Frances Lorinda Farley who was born in 1893.  Mr Farley unfortunately passed away from malaria in 1894 at the age of 28 and Miss Hessie would never remarry.  For a few years she went into partnership with her brother, William Gillespie to run Farley and Gillespie Drug Store in Madison.  After the store was sold, Miss Hessie accepted a teaching position in Tuscumbia.  She would return to Madison after the passing of her father in 1910 (her mother passed in 1907). Her sister, Miss Nora (Narcissa Elizabeth or "Sister") could not live alone, so Miss Hessie had the home at 313 Church Street constructed.


Miss Hessie started teaching first grade in Madison, and Lorinda studied music at Agnes Scott College in Decatur, Georgia until 1914. Lorinda would marry Herbert Lafayette Thorton on January 21, 1920, shortly after he returned home from serving in France during World War I.  Their first daughter, Frances Farley, was born February 12, 1921 at Miss Hessie's home in Madison.  Two other daughters were also born in Madison: Nancy Kate on March 16, 1923 and Lorinda Clark on October 24, 1924. In 1935 Herbert became a charter member of Alabama's new Highway Patrol.

Although a life-long Presbyterian, Miss Hessie taught Sunday School in the Baptist Church. She was active in school, church and many civic organizations.  She taught her forty-two consecutive years.   She had a deep love for teaching and dreaded the day she would have to retire. That would never happen as she would suffer a stroke during the Christmas holidays and died on January 1, 1939.  She is buried beside her husband Bruce in the Farley Family Cemetery.  As a side note, following Miss Hessie, Mrs. Howard Hughes was appointed to replace her as the first grade teacher.  She would hold that position for thirty-seven years.  Combined, Miss Hessie and Mrs. Hughes taught first grade at Madison Elementary for 65 years! 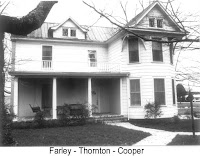 Nancy married J.B. Womack from Lynchburg, Tennessee.  Herbert died on August 7, 1961. He was buried in Madison the Madison Cemetery.  Nancy and J.B lived with Lorinda until she died on January 1, 1966. She is buried beside Herbert.  After J.B. passed, Nancy married Orval Cooper. Nancy would pass on December 13, 2004, and Orval would pass on July 31, 2016.  Nancy had two daughters, Pat Womack Edwards and Kathy Womack Williams Lee.  A rich heritage laid within the walls and boards of the home at 313 Church Street.

It is our sincere hope that the home on Church Street will continue through the ages to be a home where family is loved and cherished.  May the walls of this home soak up more generations of love and may the feet that cross the threshold always find joy within the walls.  We so deeply appreciate the rich heritage of this home and strive to honor it.  May it always be Miss Hessie's, who laid a deep foundation in service and love to her family and community.